The artificial resin is a combination (mixture) of various man-made resins. These are produced chemically ( artificially ) in laboratories and they are polyesteric. With the help of these artificial polyesteric resins we can imitate – at a percentage of 80% - the most important resin, amber, the material of which the best kombolois of all ages have been made. To become more specific, if we take a bead of amber and imitate its shape, its colour and its weigh in a laboratory, someone would need great attention in order to see the difference between the artificial (polyesteric) and the natural resin (amber). The komboloi made of artificial resin are of very high quality and they cannot be characterised as "plastic" by no means. Our own grandfathers were playing with those. Naturally, the polyesterics of our grandparents’ age was a material called "bakelite" which is not widely used today. Bakelite was also created in laboratories, mixing such artificial materials (resins).

We meet the first artificial polyesteric resins quite far in the past. In Turkey, these kombolois are called “Katalin”. They started being manufactured in the 1880’s and are still being produced. In Persia (Iran), they started being manufactured at around the same chronological period, they still are and they are called "Sudurus". In Egypt, during the 1960’s, some mixtures of artificial resins were created which were called "old Egyptian mixture". In Greece they are called "Special artificial resin" or "old Greek mixture" and, unfortunately, there are very few such masters of the craft remaining today. 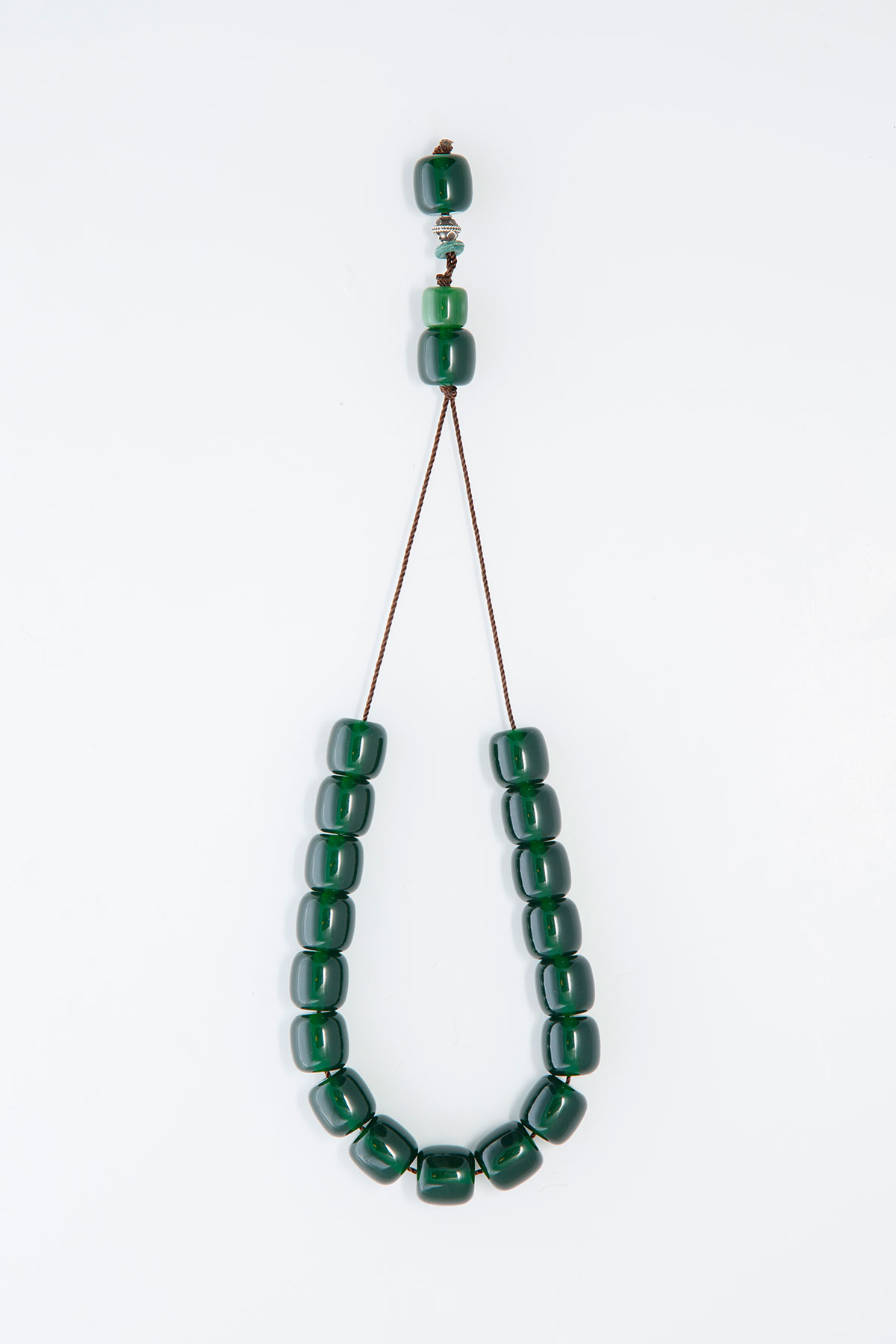 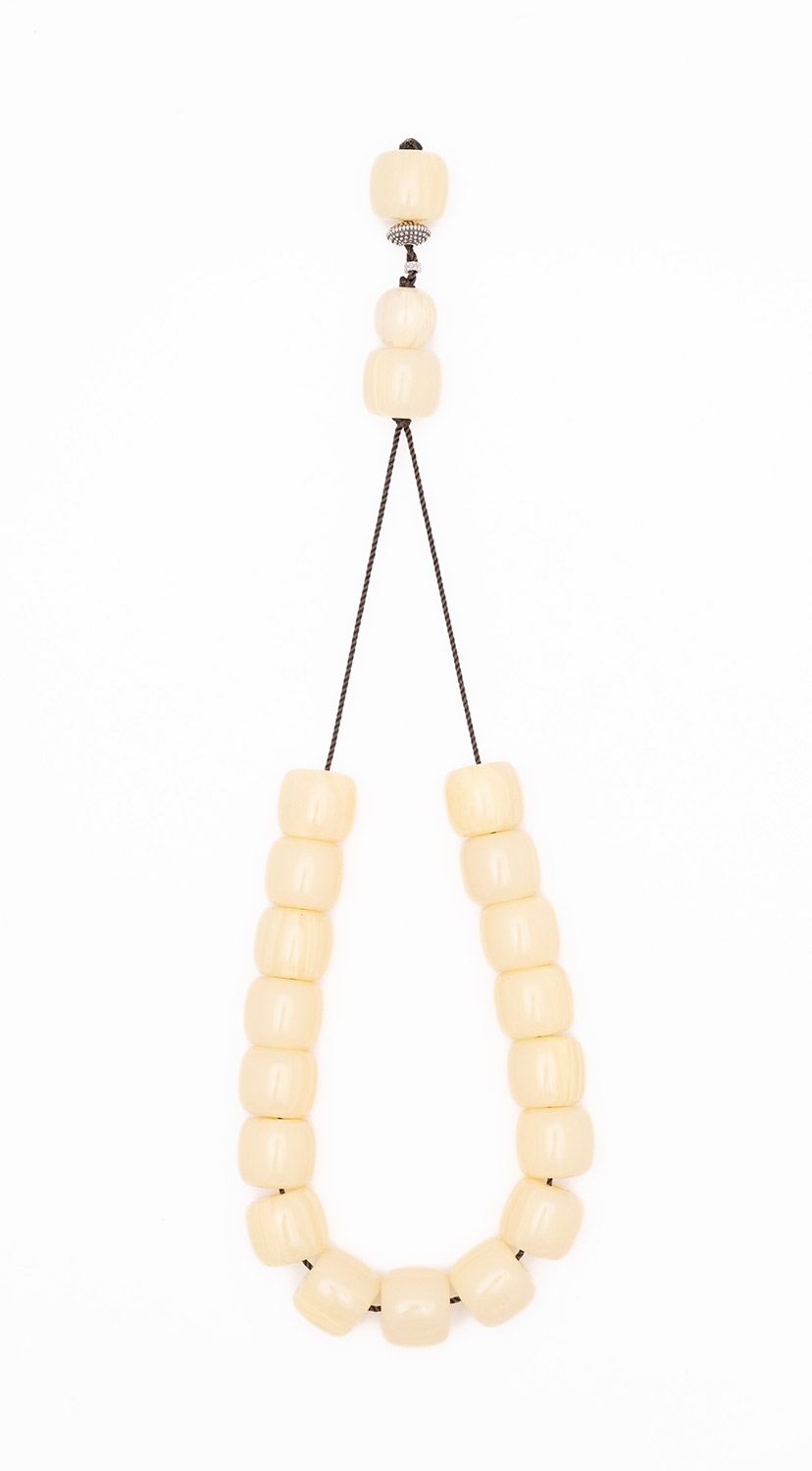 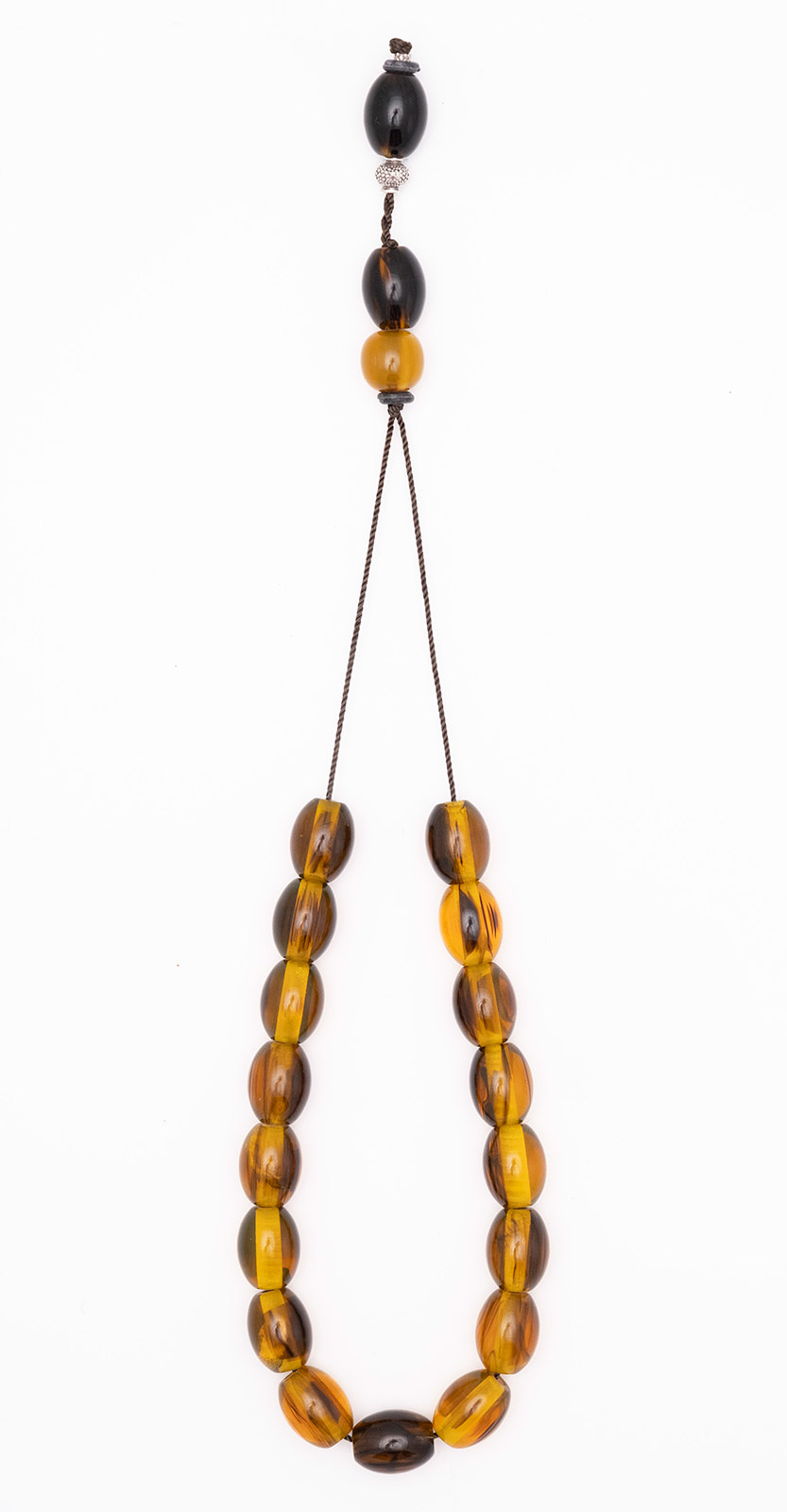